Known as “The Motivator,” Michael is a former NYPD Special Investigator and bestselling author. He is the survivor of a bizarre double murder attempt on his life. 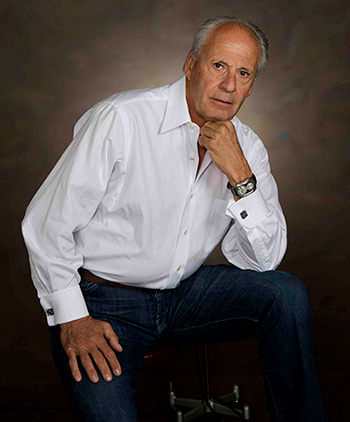 During his tenure in the intelligence division, he was assigned to protect the Shah of Iran and Madame Chang of Taiwan. He has personally met four U.S. Presidents.

Michael was assigned as the intelligence officer to the U.S. State Department, where he participated in treaty negotiations between the United States and Turkey.

During his tenure in the Police Department while he worked as a part-time tax accountant Michael discovered a flaw in the NYC Payroll procedures. In 1981, he proposed a change to the NYC disability law, which when enacted, saved the city over $200 million, reduced taxes and balanced the city’s budget.

He retired from the Police Department and joined the corporate sector in finance and management.  After losing three corporate positions, and nearly bankrupt, during the worst recession in 75 years he was motivated to embark on his own. Applying his own style of management, he was nominated by a national magazine for operating the best company in America in his field.

Achieving success, he returned to his old beliefs and started to take care of the less fortunate. His work for various charities earned him the respect and praise of his community.   In 2003, he was cited by both houses of the New York State Legislature in Senate and Assembly Resolutions as Humanitarian of the Year.

He is a Bestselling Author of three books.

“Success By Default– The Depersonalization Of Corporate America”
Forbes Magazine book club review said, “This book belongs on the desk of every CEO in America.”

“Where Did My America Go?”  Listed as #6 on the Amazon bestseller list.
New York Post columnist Steve Dunleavy said, “My only regret is that I didn’t write it.”

Michael’s first novel “The Conversion Prophecy,” was released in June 2015.  It is quickly becoming another bestseller. It was chosen as Best Book of the Year in Fiction for 2016 by Books and Authors, a national book review publication. It was a finalist in the 2016 Next Generation Indie Book Awards in the Thriller category.  Michael was the winner of the 2017 covenant J.L. Weaver, Reader’s Choice Award.  The Conversion Prophecy has been written for the Hollywood Screen.

With an option to purchase

» Selected among others as 2006 Time Magazine Person of the Year.

» Cited by the NYS Legislature in 2003 as, “Humanitarian of the Year.”

» Guest appearances on over 350 national radio and television programs Including ABC, CBS, NBC, CNBC, FOX, FOX Business News and others.

» He has appeared as a panelist on the Fox Business News show The Mangru Report.

» He was a member of the Board of Directors of the Florida Atlantic University College of Business, an active member of the Forum Club, World Affairs Council and Economic Forum.

As a national political, business and motivational speaker, Michael is sought after by many organizations, corporations and colleges. He is known as the speaker who leaves his audiences laughing, inspired, and begging for more. As a business consultant and coach he has helped many entrepreneurs large and small take their businesses beyond the next level.